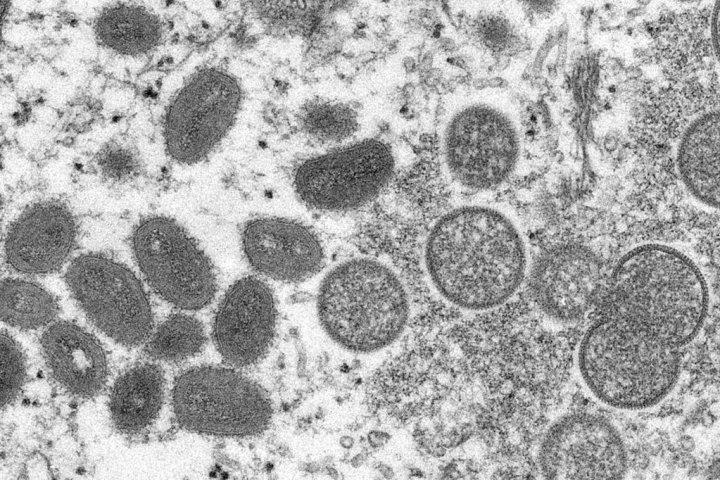 The agency says there are now 33 confirmed cases of the virus in the province as of Monday, and that 28 of those are in Toronto.

That’s an increase from Friday, when Toronto Public Health confirmed 18 cases in the city.

All confirmed cases in the province are male, with an average age of 40 years.

Last week, the city hosted vaccination clinics to immunize high-risk individuals, including men who have sex with men.

Monkeypox generally does not spread easily between people and is transmitted through prolonged close contact through respiratory droplets, direct contact with skin lesions or body fluids, or through contaminated clothing or bedding.

The rare disease comes from the same family of viruses that causes smallpox, which the World Health Organization declared eradicated worldwide in 1980.

Smallpox vaccines have proven to be effective in fighting the monkeypox virus.

Quebec has recorded 171 cases of monkeypox to date.